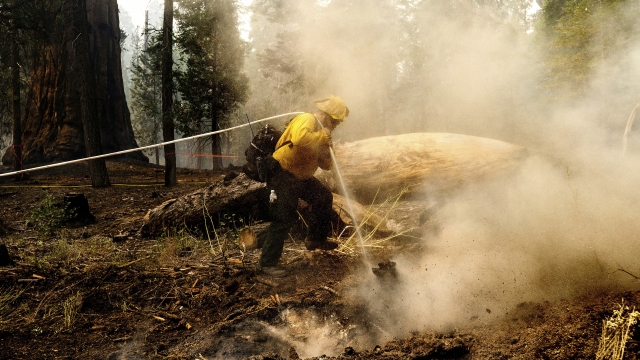 Air quality remains a concern in California thanks to severe active wildfires and health experts are warning people to limit their time outside.

On Wednesday, officials showed reporters how Sequoia National Park’s famous Giant Forest has been protected from the KNP Complex fire by years of using carefully set and controlled fires to burn away vegetation that can serve as wildfire fuel. 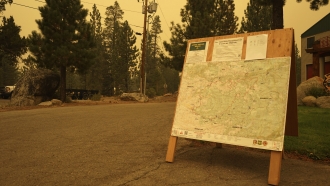 The bases of some of the most famous giant sequoias were also wrapped in fire-resistant materials. Giant Forest has 2,000 sequoias and includes the General Sherman Tree, the largest tree in the world by volume.

Historic drought tied to climate change is making wildfires harder to fight. It has killed millions of trees in California alone. Scientists say climate change has made the West much warmer and drier in the past 30 years and will continue to make weather more extreme and wildfires more frequent and destructive.

Statewide, more than 9,000 firefighters remained assigned to 10 large, active wildfires, according to the California Department of Forestry and Fire Protection.