A Resurgence In Worker Empowerment 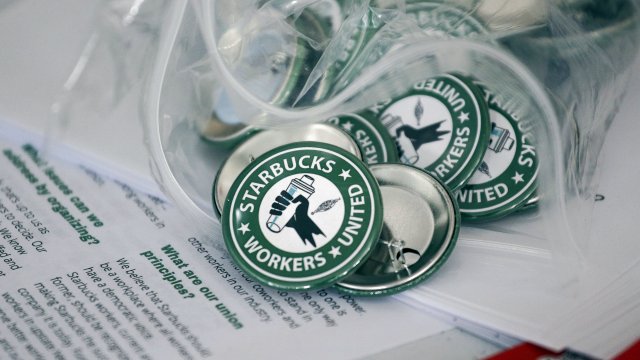 SMS
A Resurgence In Worker Empowerment
By Newsy Staff
By Newsy Staff
April 5, 2022
As Republicans gained power, a decades-long process of erosion of labor rights began. Union membership began to drop and has steadily declined since.

The roots of American organized labor lie in trade guilds in the 1800s.

In the 20th century, as American industry grew, the development of unions followed.

Before the nineteen thirties, us laws generally barred workers from organizing. If they went on strike, court rulings would often force them back to the job.

But then organized labor used growing political clout to successfully lobby for a series of landmark labor laws.

The new measures gave the American worker more rights, from creating a union to receiving a minimum wage.

The 1935 National Labor Relations Act, for example, guaranteed employees the right to organize and bargain collectively.

The bill was signed into law by the nation’s 32nd president, Franklin Delano Roosevelt.

In the private sector, union members made up about 14 percent of workers in 1930.

Two decades later, more than one in three workers  were union members.

That was the heyday of American organized labor.

And in politics, the alliance between organized labor, the progressive left, and African Americans began to splinter.

As Republicans gained power, a decades-long process of erosion of labor rights began.

Union membership began to drop and has steadily declined ever since.

Labor advocates say that the dramatic decline in union membership has cost us workers dearly.

The government says in 2019,  workers in a union earned about a fifth more than non-union workers.

But now, there are signs of a new age of worker action.

Researchers at Cornell University found 140,000 workers participated in a total of over 250 strikes in 2021.

That came out to roughly 3.3 million cumulative strike days in one year.

Farm-machinery giant John Deere is familiar with the trend.

About 10,000 of their workers went on strike in October, and were off the job for five weeks.

In the end, the union, part of the United Auto Workers, voted to approve a contract that gave employees a 10% raise.

As manufacturing and other American industries have diminished, workers in service jobs are trying to expand organizing efforts.

At Starbucks, organizing efforts are in their infancy.

In December, workers at three Starbucks stores in Buffalo, New York filed with the government and held votes to formally organize.