A Look Back At The Impeachment Of President Bill Clinton 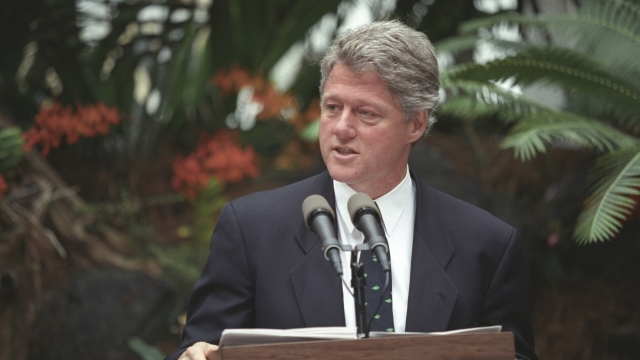 SMS
A Look Back At The Impeachment Of President Bill Clinton

By Stephanie Liebergen
November 27, 2019
Only once in modern U.S. history has the House of Representatives voted to impeach a president.
SHOW TRANSCRIPT

Only once in modern U.S. history has the House of Representatives voted to impeach a president. Let's look back at how President Bill Clinton's impeachment investigation got started and how it worked its way through Congress.

Impeachment proceedings in the House of Representatives are usually predated by some sort of outside investigation. In the case of President Clinton, that investigation came from the Office of Independent Counsel Kenneth Starr.

In 1994, Starr's office was tasked with investigating any links between Bill and Hillary Clinton, the complicated Whitewater real estate deal and failed bank Madison Guaranty Savings and Loans. That probe intersected with the president's personal life through Linda Tripp. She infamously recorded some of her conversations with Monica Lewinsky and turned those tapes over to Starr. From there, his investigation of the president expanded to focus on perjury, obstruction of justice and abuse of power. 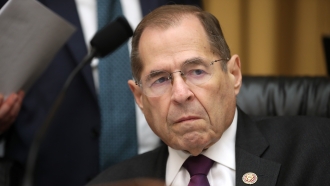 About eight months later, Starr submitted a report to the House of Representatives alleging President Clinton committed impeachable offenses. The crux of Starr's referral centered around a sexual harassment lawsuit the president was fighting at the time, and his efforts to keep his affair with Lewinsky under wraps. The report said President Clinton lied while under oath for a deposition and grand jury testimony in that civil case and attempted to obstruct justice by encouraging another witness to defy a subpoena or give false information. That referral from Starr prompted lawmakers in the House to launch an impeachment inquiry on Oct. 8, 1998.

Over the next two months, the House Judiciary Committee held a series of hearings to investigate "potential felonies committed by the president." Witnesses included experts on the Constitution, the impeachment process and perjury, as well as a marathon day of testimony from Starr. White House lawyers were also allowed to call witnesses to testify in the president's defense.

On Dec. 11 and 12, the Judiciary Committee voted to approve four Articles of Impeachment: Perjury in the Grand Jury, Perjury in the Civil Case, Obstruction of Justice and Abuse of Power. The articles don't fault President Clinton for having an affair, rather all four stem from his attempts to hide the details of his relationship with Lewinsky. One week later, the full House of Representatives voted to approve two of those charges — lying under oath to a federal grand jury and obstruction of justice. At that point, President Clinton officially became the second president to be impeached.

The trial in the Senate began on Jan. 7, 1999. Over the following five weeks, the Senate held 18 days of public sessions where both sides presented their case. After two days of closed-door deliberations, the Senate voted to acquit President Clinton of perjury and obstruction of justice on Feb. 12, 1999. Both votes fell well short of the two-thirds majority that was needed to convict him.

From the day the Judiciary Committee investigation was approved to the day the Senate voted to acquit, the impeachment and trial of President Clinton took just four months.