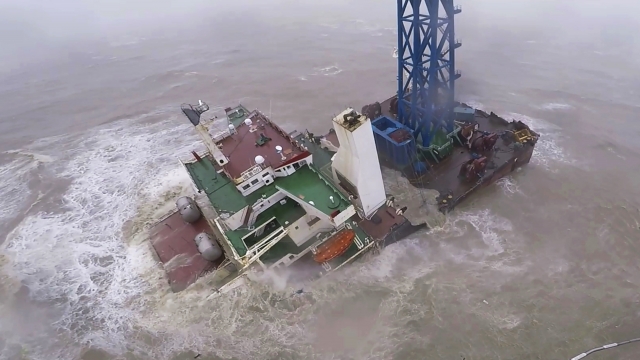 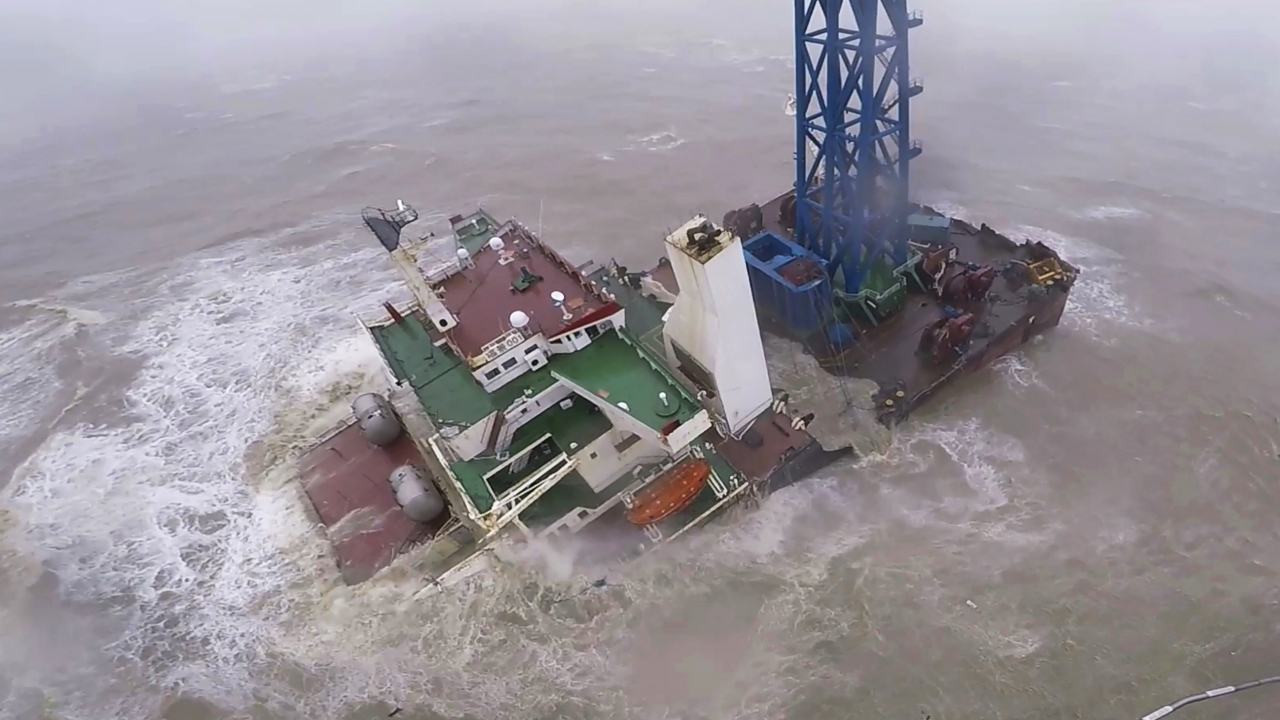 Rescue teams searching for missing crew members from a Chinese engineering ship that sank over the weekend saved a fourth person on Monday and recovered 12 bodies, Chinese maritime authorities said.

Officials said the crew member rescued by a Chinese navy ship on Monday was in stable condition. Three other members of the 30-person crew were rescued on Saturday.

The bodies were found about 50 nautical miles southwest of the area in which the vessel Fujing 001 sank, authorities in the southeastern province of Guangdong said. Officials were attempting to identify the bodies.

The search for the remaining crew members was continuing.

Ship Sinks In Storm Near Hong Kong, Dozens Of Crew In Danger

The China-registered floating crane was involved in building several offshore wind farms. It had been sheltering from tropical storm Chaba, but dragged its anchor and the anchor chain then broke, maritime authorities said.

The vessel then snapped into two and sank Saturday during the storm, which had maximum sustained winds of 68 miles an hour and was upgraded to a typhoon before making landfall in Guangdong.

The ship sank about 180 miles southwest of Hong Kong. Authorities said the vessel was close to the center of the storm, making rescue operations difficult.

Elsewhere in China, eight people sheltering from a rainstorm in Shijiazhuang, the capital of the northern province of Hebei, were killed Saturday when a decorative building structure fell from about 40 feet, the official Xinhua New Agency said. Another person who was also hit by the structure was hospitalized in stable condition, it said.